at the heart of the vr installation is a customized swing. the participant will navigate the virtual environment wearing a virtual reality headset and headphones.

the thrilling trip begins with the first swinging motion. the pilot flies through virtual reality, abstract and surreal dream worlds, collecting virtual objects by moving the head. by interacting and collecting objects, the sounds and maneuvering are influenced. in this digital experience, the swing-pilot is hit with emotions ranging from joy to fear, while they continuously swing up and down in the analog world. in addition, a wind machine blows confetti at the swing-pilot between a relaxed floating state and charged turbo boost. realities become blended, fusing into an immersive adventure – virtual reality hacks reality.

the interactive installation debuted in october 2014 during the festival digital analog at the gasteig in munich. 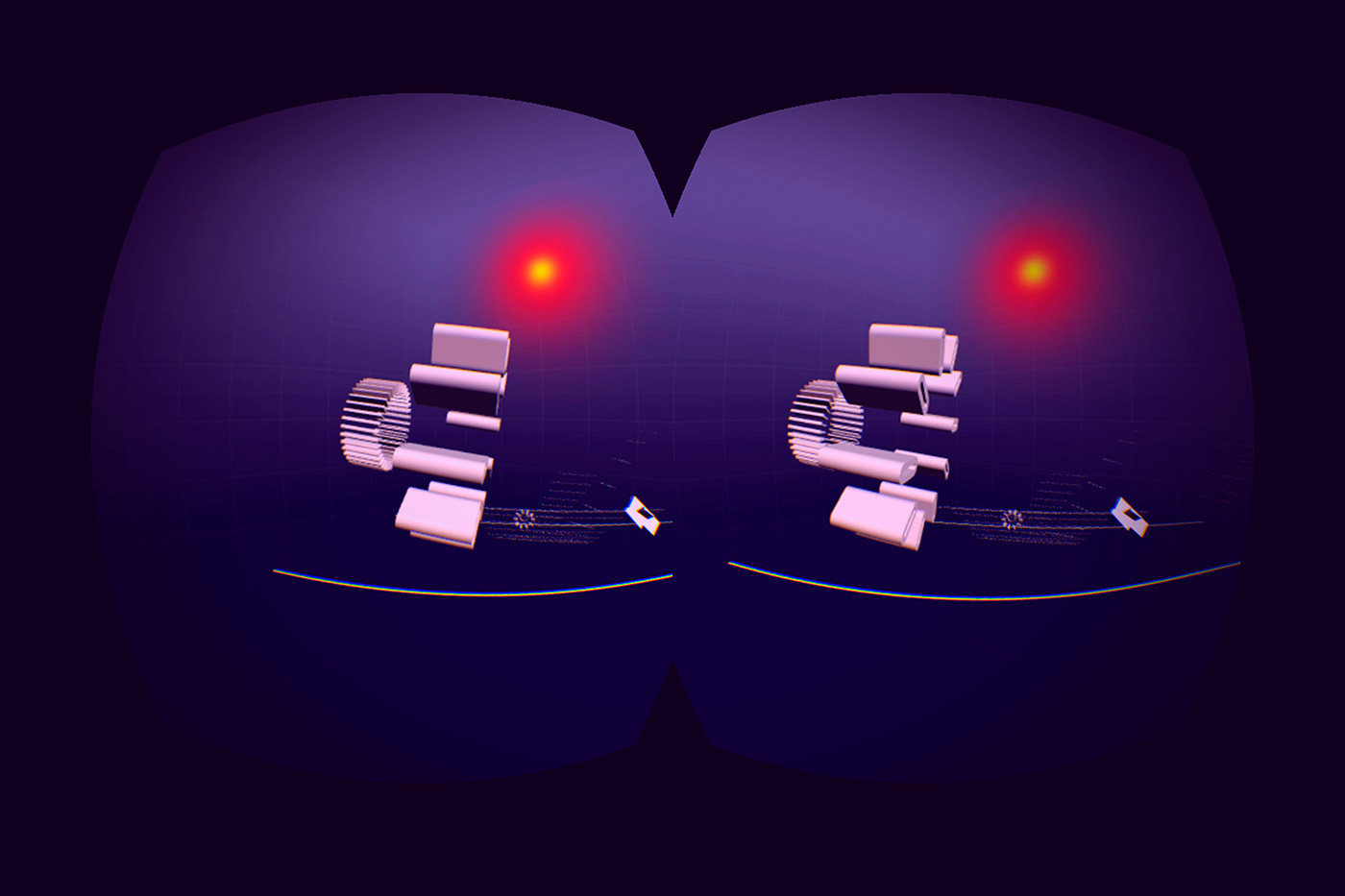 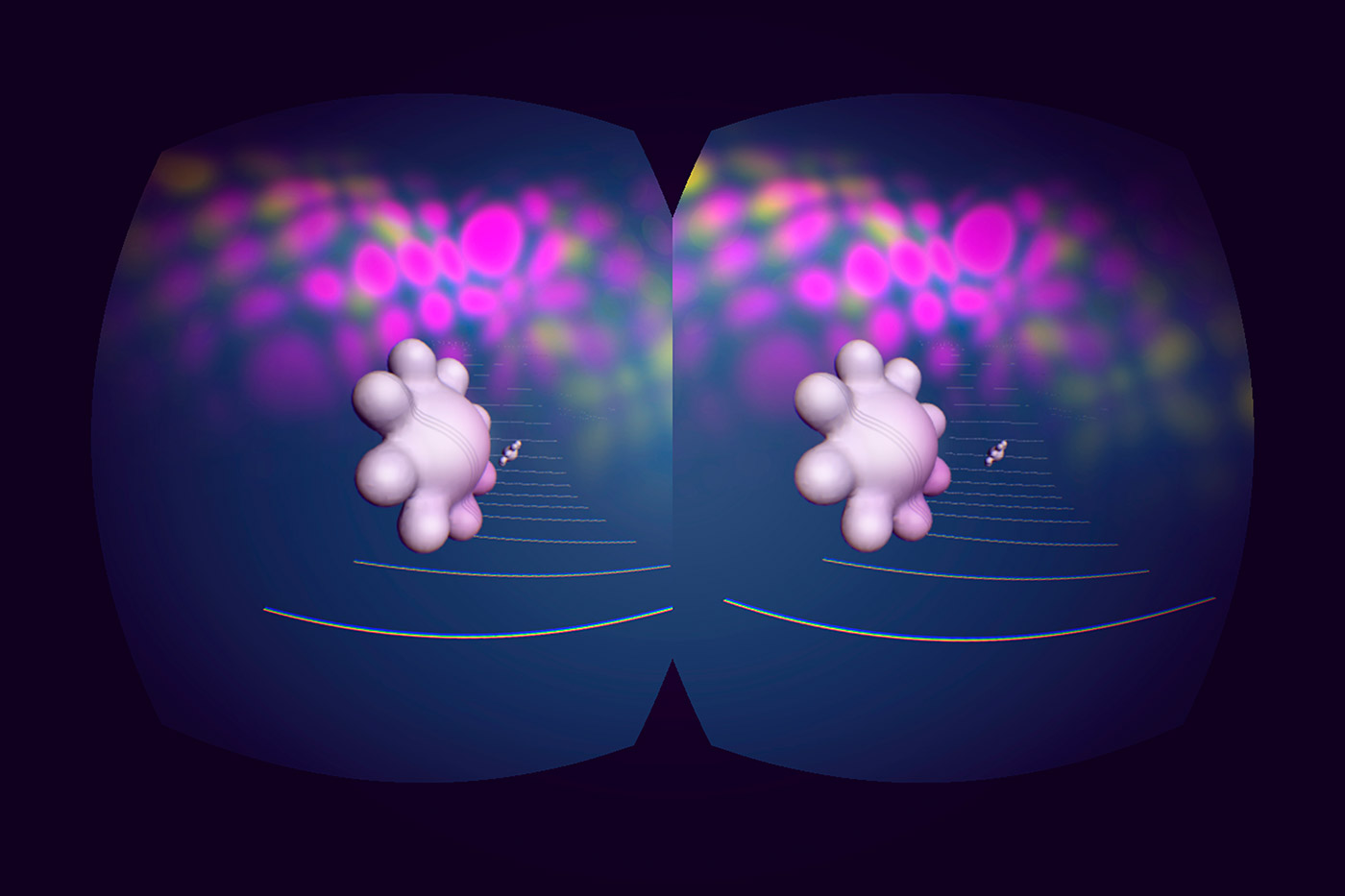 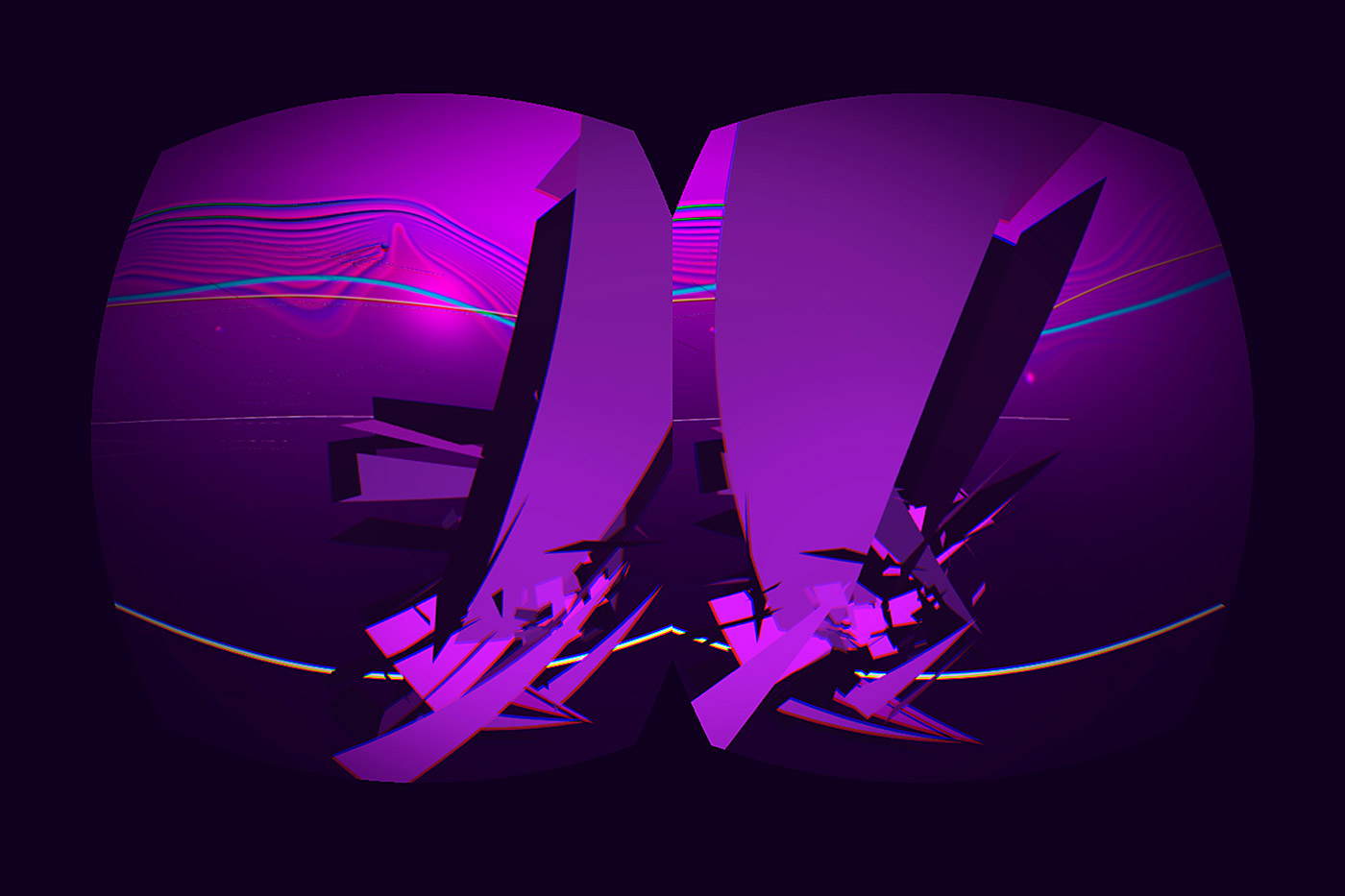 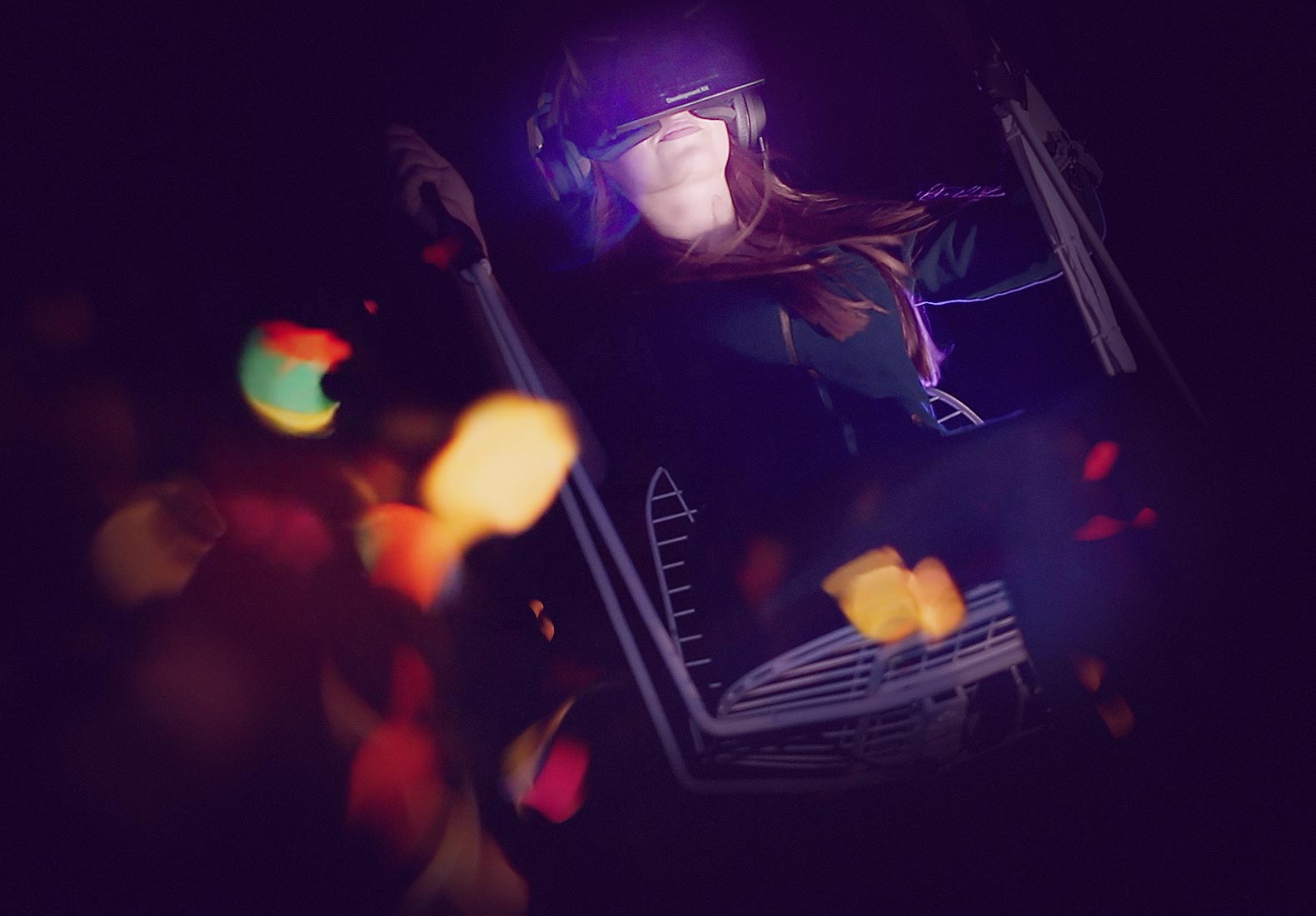 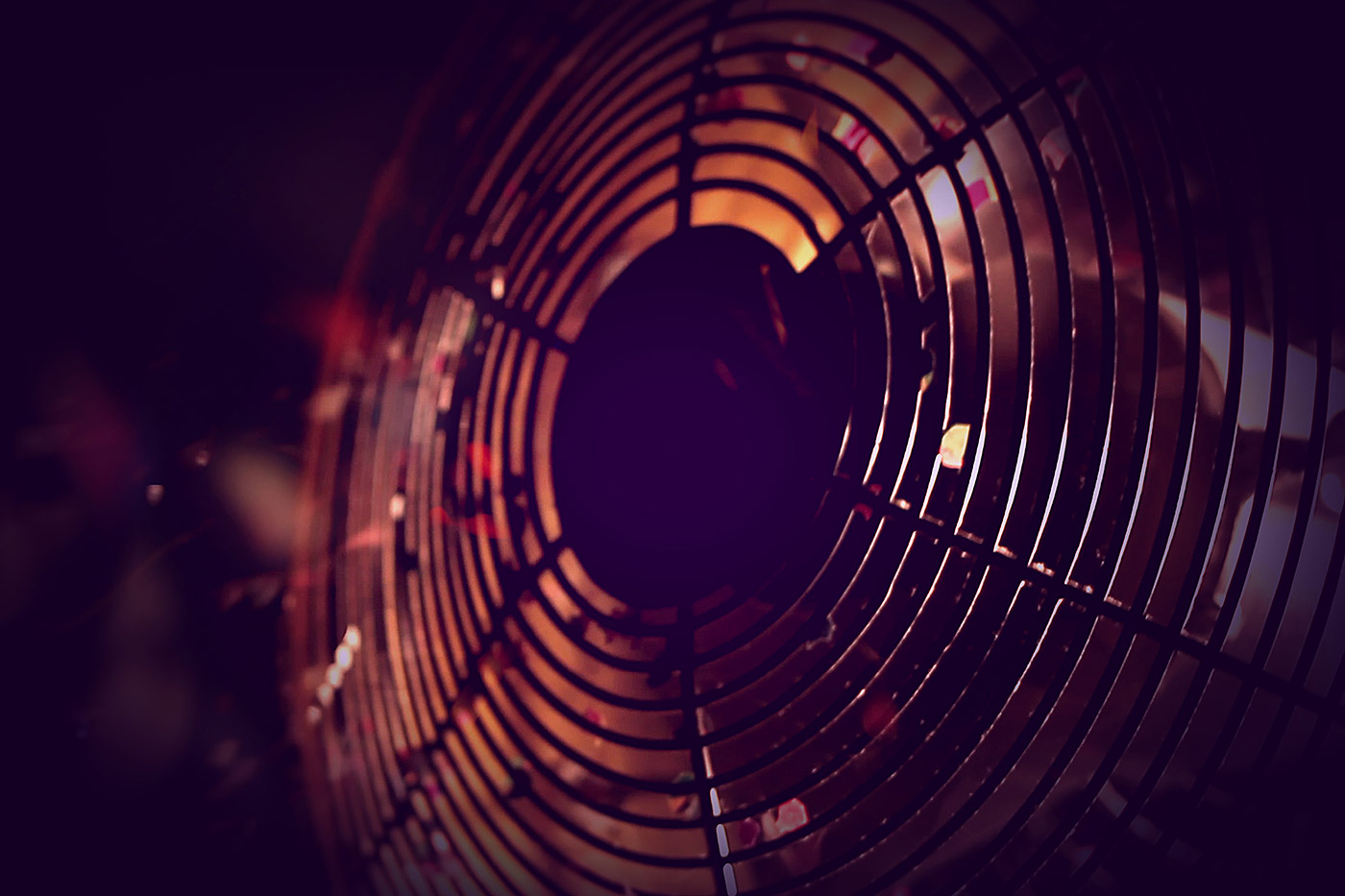 —
a wind machine blows confetti and wind at the swing pilot.
— 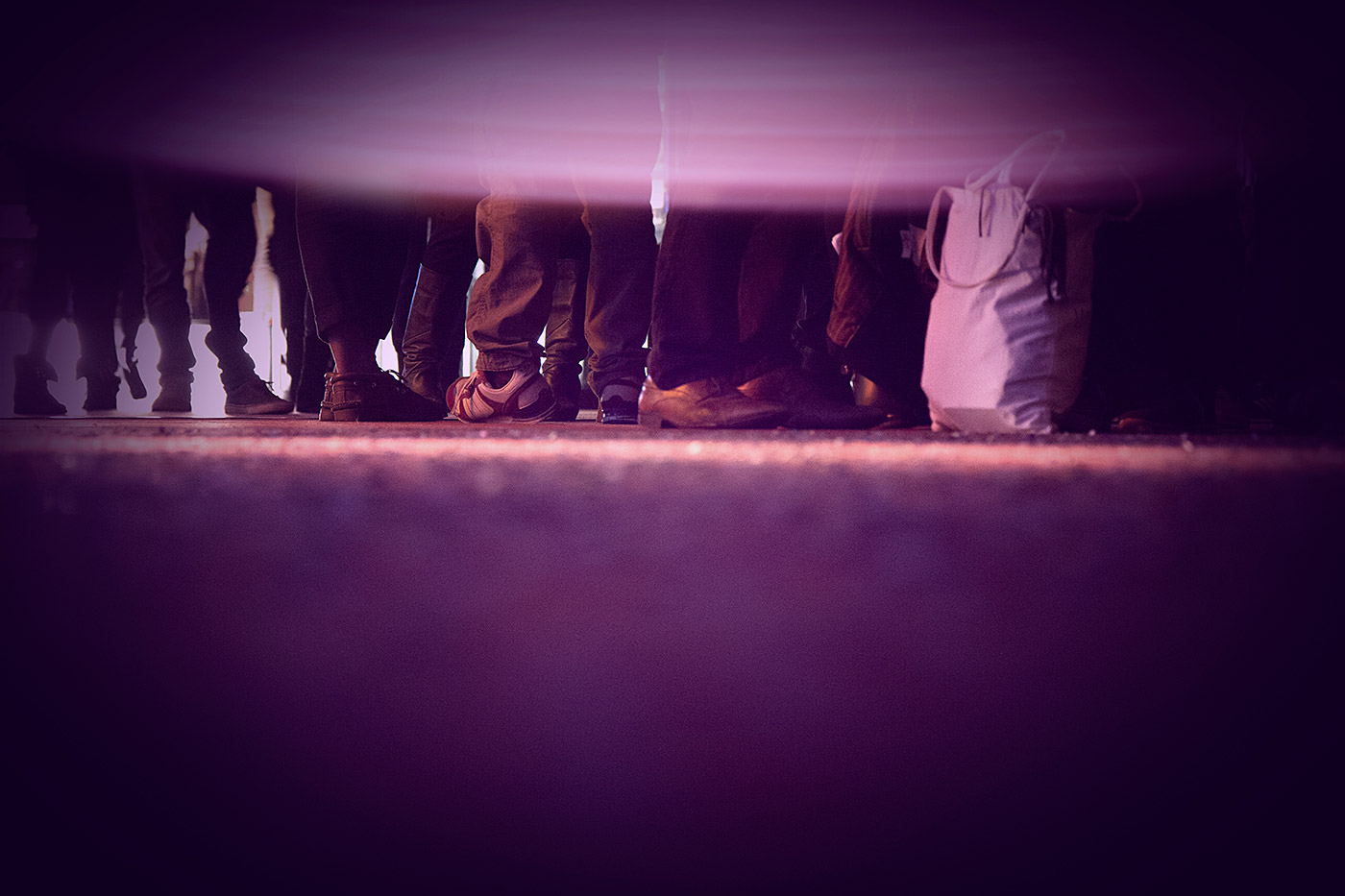 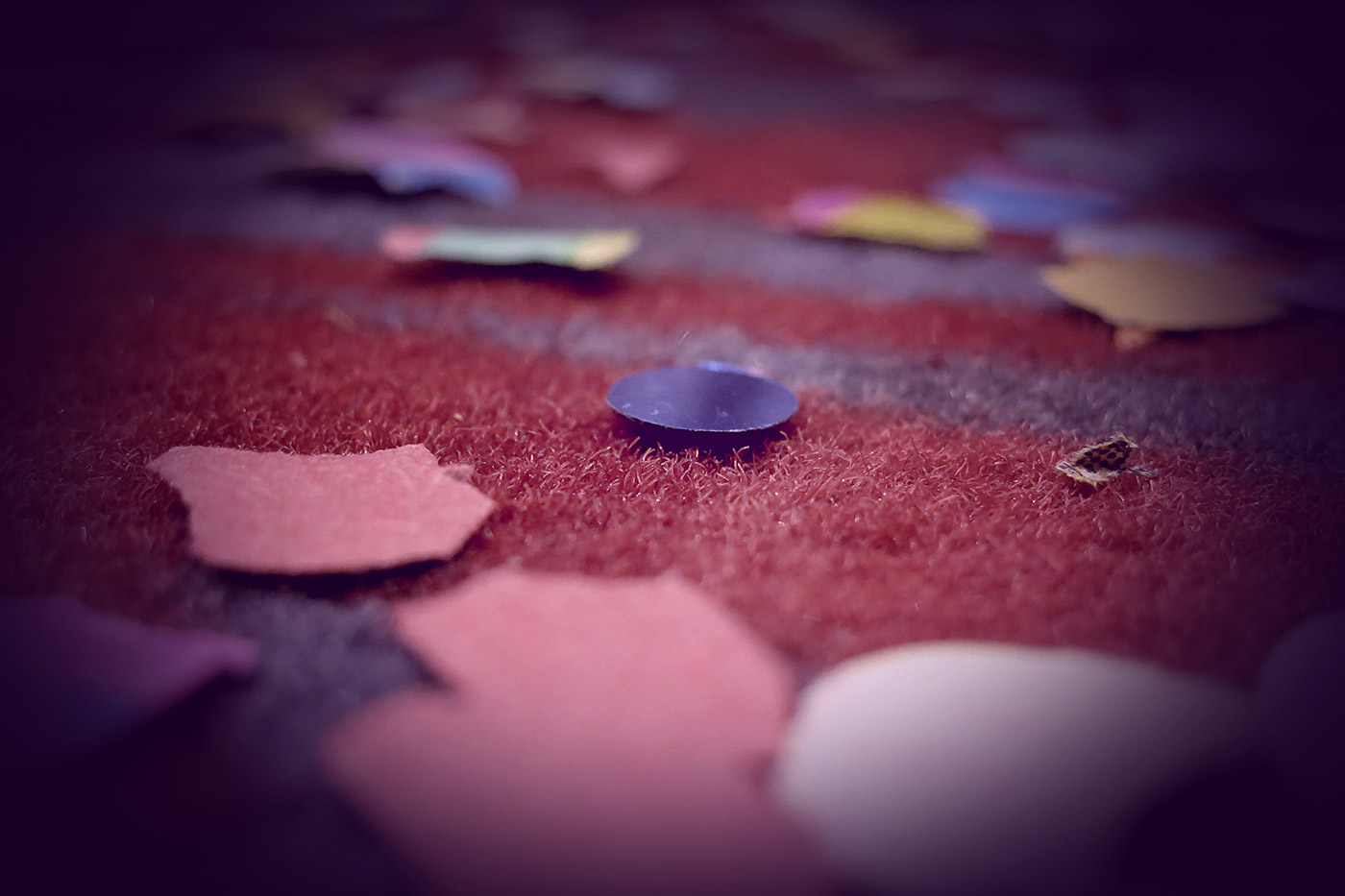